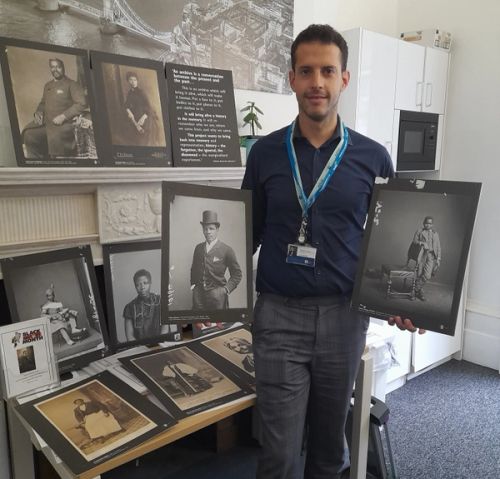 On display at The Guildhouse School (formerly CATS London), this month is Exhibition in A Box. It comprises 30 remarkable A3 image panels of 19th century photographs portraying people of African, Caribbean and South Asian descent during the Victorian era in Britain. The exhibition aims to facilitate engagement and promote cultural diversity through photography. Here's some of our community with their favourite photographs.

Peter had a significant international career and had over 100 fights.

Chris said of the photo: “There is so much in his eyes. I bet he had a story to tell.”

Andrew Butt, Activities Lead, chose a photograph of Prince Alemayehu of Ethiopia because of his sense of style.

Prince Alemayehu was educated in England and sadly died at the age of 18 whilst saying with a former tutor in Leeds. Queen Victoria mentioned the death of the young prince in her diary, saying what a good and kind boy he had been and how sad it was that he should die so far from his family. She also mentioned how very unhappy the prince had been, and how conscious he was of people staring at him because of his colour.

The image made her ponder how they could afford to be at a photographer's studio.

Thank you to Autograph ABP for supplying this exhibition.